Race #3 of the 5-Dollar 5K Series was all about speed as a number of participants improved their times over the previous couple of weeks. The persistent snow and ice on the trails finally receded enough to allow safe use of the official course, rather than an out and back road-only route. Temperatures were still around the freezing mark with a light wind adding to the chill, but sunshine and blue sky cheered the runners and volunteers.

The top finishers were a repeat of Race #2. Keaton McIlwraith of Roberts Creek significantly improved his 5k personal best with a 19:43 clocking for the win. In second place at 20:50, Jamie Leveque of Sechelt cut 20 seconds off last week’s result — despite a plan to “take it easy” after completing a long marathon training run the day before.

To defend her third place spot, Kallalei Ryden of Gibsons not only had to outkick regular series rival Sacha Stipec of Gibsons, but also her own younger brother Sierra Ryden. The three teens gave it their all as they sprinted to the finish line, crossing just seconds apart, with Stipec in fourth and the younger Ryden in fifth (third male overall).

Gibsons’ Krisztina Harasztosi overcame jetlag to take third female spot in 25:58, having just returned from a visit to her home country of Hungary.

The fourth and final event of the series is Sunday March 10th at PaceSetter, with a 10am start — but it’ll feel like a 9am start as Daylight Saving starts the night before. Join us for some fun running or walking, coffee, snacks and draw prizes! 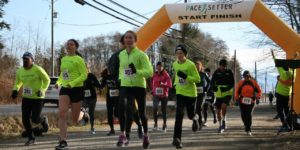 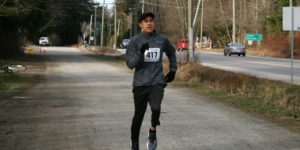 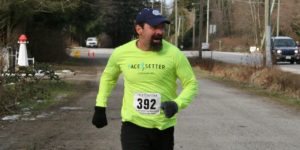 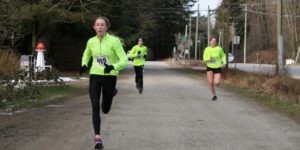 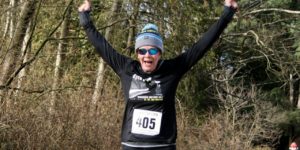 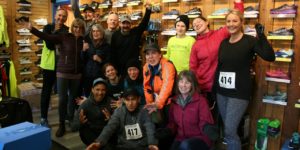