Another sunny, frosty day greeted the participants of the second race of the spring 5K series at PaceSetter. Nearly the same number of runners took part as last week, while new winners claimed the overall spots.

Gibsons’ Keaton McIlwraith was first across the line, just missing a sub-20 clocking by a couple of seconds but setting a personal best nonetheless. Last Sunday’s winner Jamie Leveque of Sechelt was second this week in 21:10.

Top female finisher was Kallalei Ryden of Gibsons, slashing nearly a minute off last week’s clocking to cross the line in 21:23, good for a repeat third place overall. Elphi track teammate Sacha Stipec (Gibsons) ran pretty much the same time as last week (22:10), which had placed her ahead of Ryden in race #1 but second among females this week.

Rounding out the top 3 was Stephen Rhodes of Gibsons for the men (23:15), and Meaghan Spithoff of Roberts Creek for the women (27:18). Spithoff handed off the baby-jogger-pushing duties to husband Daren this week, allowing her to cut more than 3 and a half minutes from her time.

Organizers Teresa and Larry would like to thank volunteers Susan & Randy, Lori & Jamie, and Alison for coming out to help!

Race #3 is next Sunday March 3rd, same time, same place — 9am at PaceSetter. 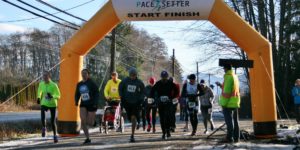 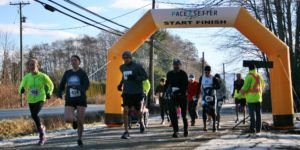 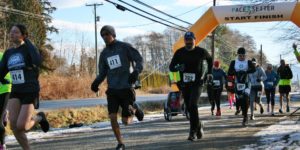 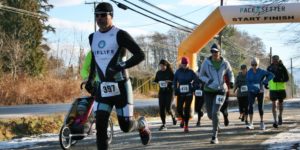 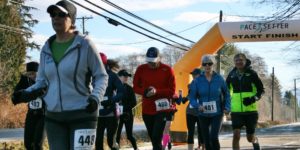 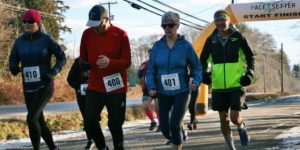 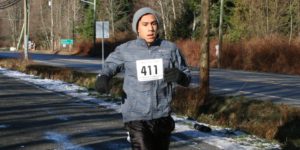 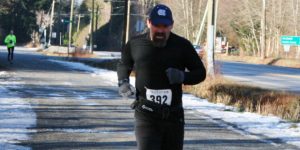 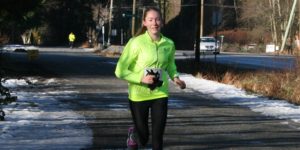 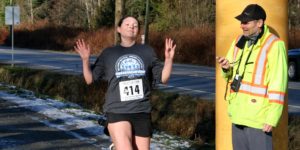 The 7th annual Run The Rock Marathon, Half & 8k on Texada took place August 27, on a warm/hot sunny Sunday. We Nightingales headed over Saturday, as did PaceSetter Club members Mathew & Roberta, and camped at the idyllic Shelter Point Park in Gillies Bay, the finish line location.

On Saturday afternoon there was time for a refreshing swim at the quarry after picking up our race kits, and before the traditional pre-race group dinner at the Ravenous Raven. Three of us (Larry, myself and Mat) would be doing the half marathon, while Roberta was going in the 8k.

Sunday morning dawned clear and mild. The marathoners went off at 7am. It was already getting fairly warm by the 8:30 half marathon start in Van Anda, but a light breeze kept us comfortable, and the first part of the route had plenty of shade.

Side note: We drove our van with 5 passengers to the half marathon start. One of those passengers looked familiar. Turns out she (Kathy English) was on an Island Relay team with me and Larry nearly 30 years ago, with Team West Coast. Small world!

I was treating the half as a long training run and expected to finish anywhere from 1:50 to 2:00. Since SVHM in June I had done only a couple of long runs. Larry was planning to keep me company but maybe pick up the pace in the second half if his legs felt good. So we didn’t even warm up, and stuck to a very relaxed effort from the start. Slow on the uphills.

Even so, after about 5k we were in 5th/6th place and catching the guys ahead of us. By about 9k we were in 2nd/3rd place, with another runner (Robert) pacing off us a few metres back. Larry was ready to switch gears by then. Shortly after that he was disappearing into the distance. We didn’t know it at the time but first place was out of reach (1:25). Larry ended up clocking 1:43:17 for second (first master). 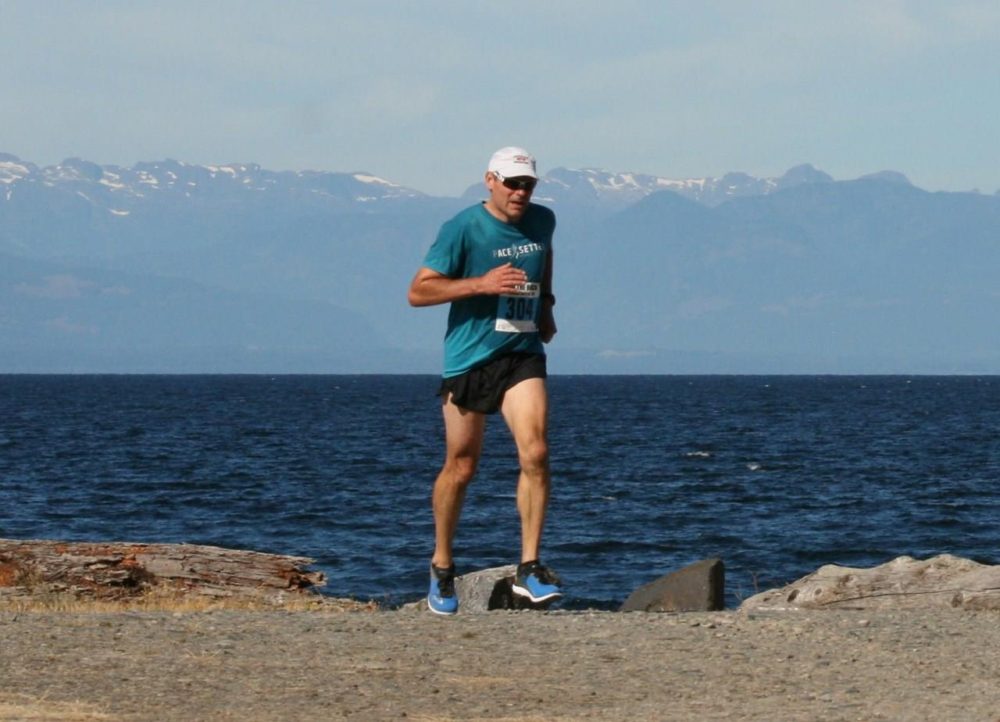 I carried on towards Gillies Bay as the temperature rose. It was very helpful to have Robert following, knowing he was relying on me to stay on pace. Also I was aware that the next woman wasn’t too far behind (I had looked back just once, at 7k), and although I wasn’t “racing”, it would be nice to hold on to first place, now that I had it….

From 17 to 20km was the toughest section — the long gradual climb out of Gillies Bay, in full sun. At the final aid station Robert finally moved ahead. I had nothing left for a kick, even after reaching Shelter Park’s shady downhill stretch. So I was happy to cross the line well under my goal time, in 1:48:49. Faster than SVHM in June. 🙂

A great way to end the summer racing season! Full results can be found here. Photos are up on the Sunshine Coast Athletics FB page (more to come). 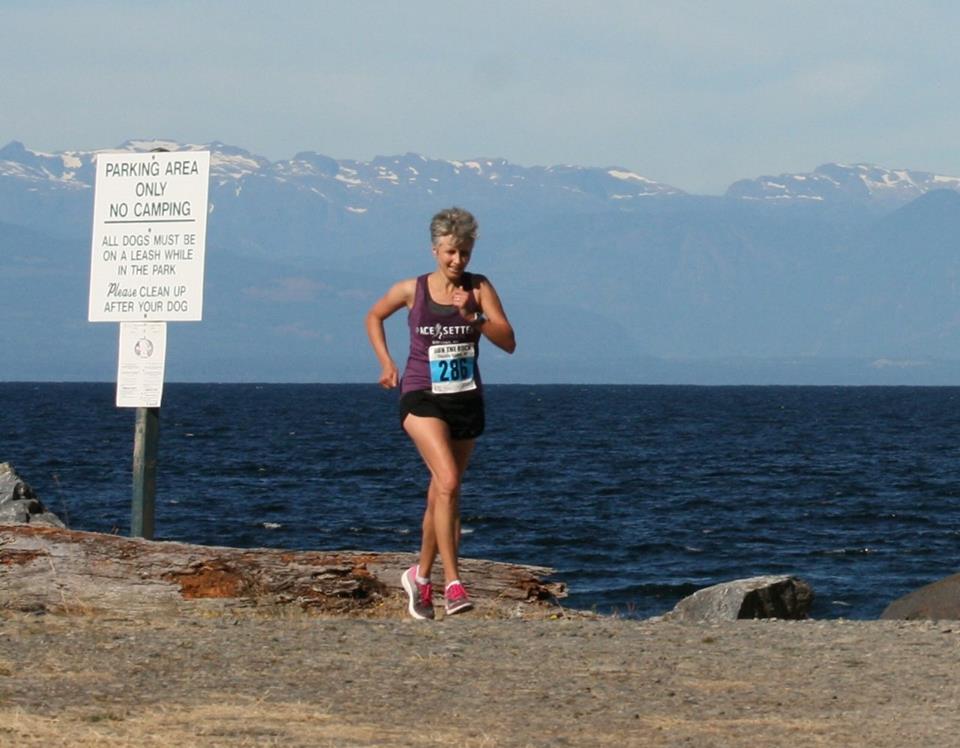